Shell sort, also known as the diminishing increment sort, is one of the oldest sorting algorithms, named after its inventor Donald. L. Shell (1959). It is fast, easy to understand and easy to implement. However, its complexity analysis is a little more sophisticated.

The idea of Shell sort is the following:

The effect is that the data sequence is partially sorted. The process above is repeated, but each time with a narrower array, i.e. with a smaller number of columns. In the last step, the array consists of only one column. 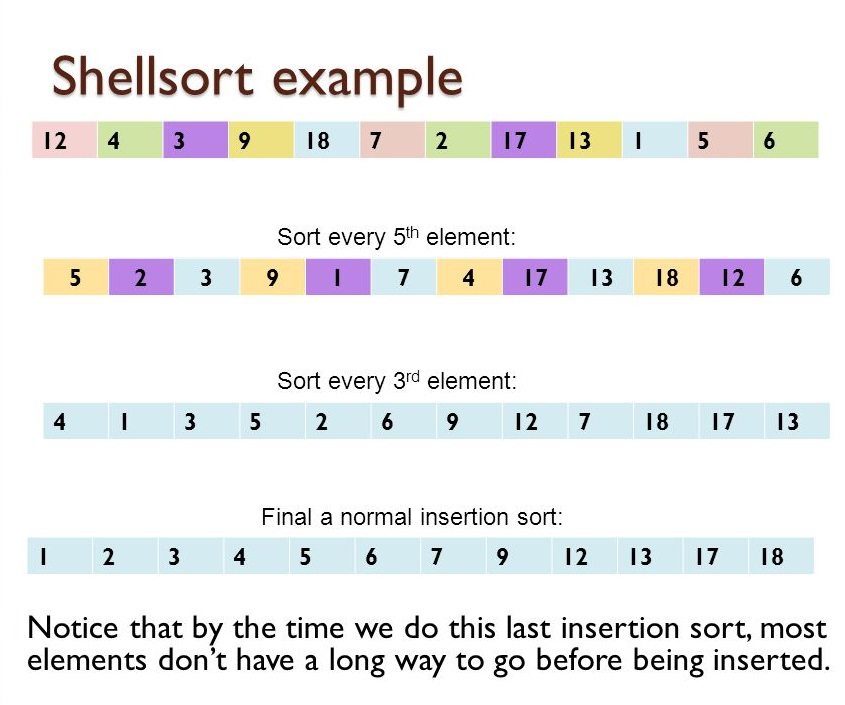