For two input sequences, an scs can be formed from a longest common subsequence (lcs) easily. For example, if X[1..m]=abcbdab and Y[1..n]=bdcaba, the lcs is Z[1..r]=bcba. By inserting the non-lcs symbols while preserving the symbol order, we get the scs: U[1..t]=abdcabdab.

It is quite clear that r+t=m+n for two input sequences. However, for three or more input sequences this does not hold. Note also, that the lcs and the scs problems are not dual problems.

For the more general problem of finding a string, S which is a superstring of a set of strings S1,S2,...,Sl, the problem is NP-Complete . Also, good approximations can be found for the average case but not for the worst case. 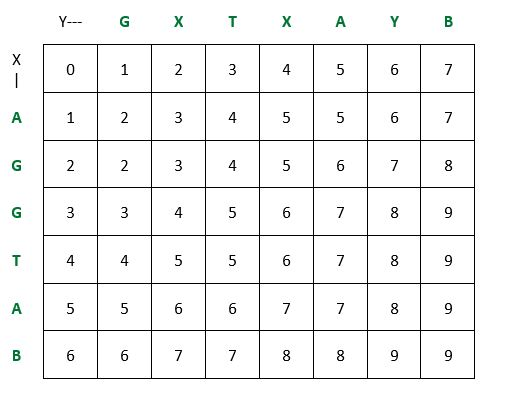